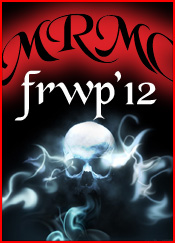 It was a charity event that saw Malaysian and Singapore members from the Militia Riders Motorcycle Club (MRMC) arriving on their chrome steeds to do their part for Johor’s charity cause.

The morning’s first event was organised by the Tiong Hua Association JB with various invited VIP guests of state including Tan Sri Khalid Noordin, the Minister of Higher Education.

The minister wore a specially-made Malaysian flag vest for the occasion and flagged off the event which included a charity run by participating members of the association and public. Tan Sri Khalid Noordin also shared a few words with the MRMC Malaysian President Vincent Lai and commented that he was very pleased to see the local club's support in the event, and claimed that it was his first encounter with an established MC.

The second event at the later part of the day was at Shan De Charity Center for Kids where the club riders donated food stuffs, household items, gift bags and cash. Special red-colored Militia Rider goodie bags (symbolising prosperity and good health) were also given to all the children of the charity home. The caretaker of the shelter was overwhelmed by the bikers’ presence and expressed her gratitude for their time and donations.

Militia Riders MC of Malaysia would like to extend their gratitude for this opportunity to contribute back to society, especially in appreciation of Tiong Hua Association JB, the Shan De Charity Center for Kids, and their club brothers from the MRMC Singapore chapter riding down to Malaysia to show their support.

Minimum Screen Resolution 1024x768
Copyright © www.militiarider.com . All Rights Are Ours.